The meaning of orbs is believed to be the true form of spirits or souls. This belief of orb meaning has evolved into a commonly accepted truism among many paranormal investigators. The framework of this theory includes meanings of various orb colors and in some circles, the size of orbs is considered significant, as well.

If you're witnessing phenomena aside from orbs, and wondering if it may be related to a poltergeist or other spirit, check out LoveToKnow's eBook called Noisy Ghosts, written by paranormal expert Karen Frazier. The book will help you diagnose the paranormal activity and determine what to do about it.

Rainbow of Orbs of Many Colors

Orbs may come in different colors, and some orbs even seem to have faces. Many of the orbs people witness are only visible in digital photos. This type of orb raises the question if it's a dust particle or an actual energy sphere captured in a photo. There are, however, many instances of witnesses seeing orbs in person with the naked eye, and those are the most credible as far as potentially being orbs of energy, spirit orbs or some type of paranormal phenomenon.

Colors and Meanings of Orbs of Light

The colors of orbs are assigned various meanings that have become the accepted norm among some in the paranormal community. These include almost every color of the rainbow. The orb colors have been assigned an emotional attribute instead of a stage of life or some other characteristic driving the determination of color designation.

In fact, some have taken the color-emotion correlation to the extreme of creating variant degrees of a specific emotion. For example, if a red orb is clear, then it's an orb of great energy, but if it's a dusty red orb, the energy governing the orb is angry. A tomato red means the energy or the entity the orb represents is stressed.

Potential meanings of orb colors include, but aren't limited to: 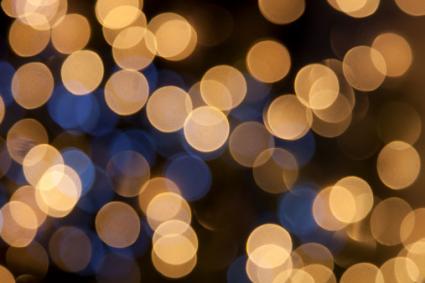 Influence of Auras and Chakras on Color on Orbs

Some researchers theorize that if an orb is that of a deceased person, then the color is dictated by the aura of the person's soul in its disembodied form. Other paranormal and supernatural investigators espouse the idea angelic energy creates gold and purple orbs.

There is no scientific proof to validate the theories orbs are ghosts, angles, spirits, or spiritual in nature. Additionally, there's no proof the various definitions of what each orb color represents or signifies is true. The assigned colors and meanings of orbs are widely accepted by some in the paranormal community, even though it's unclear where these defining attributes originated. Some of the meanings can be traced to the same color significance given to the main chakras of the human body, and those associated with auras.

The size of an orb is often believed to be significant. However, there is more research available on colors than size. The little information given about orb size mostly distinguishes between small and large sizes.

Kerrie Erwin, a professional psychic medium, author, and TV host, makes a distinction between spirit and ghost orbs. Spirits are people who have died but crossed over, while ghosts are spirits still in the earthly plane. According to Erwin, spirit orbs are lighter and can be as small as a pin prick up to the size of an orange. She also states they often intermingle with are nature orbs that contain elemental spirits. These are transparent orbs that shine and tend to bounce or bob over nature and along the surface of water. This type of orb usually travel in large groups.

Small orbs are often believed to contain a lower frequency or less energy. The elements are often the source of what many believe to be orbs captured in photos. Small orbs may also be caused by water particles and not supernatural. It's important to recognize some orbs may be caused by natural phenomena. 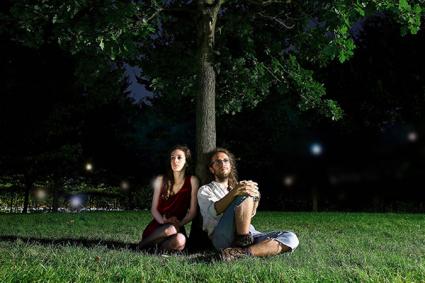 There are many thoughts and theories about the meaning of large orbs. Some believe a large orb harnesses tremendous energy. This type of orb usually radiates energy beyond its basic shape.

Photos of Orbs in Different Colors and Sizes

Some photos that show various sizes and colors of orbs include:

It's important to differentiate between known causes of orbs, such as dust, insects, and other environmental elements and what may be an actual spirit orb. There are several scientific explanations for many of the orbs people capture in photos and videos.

Deciding What You Believe About Orbs

It is possible someday science will also be able to explain energy orbs dubbed as being paranormal. Until then, you must decide if you believe these orbs are natural phenomena that are not yet understood, or if they are the energy orbs of disembodied souls.